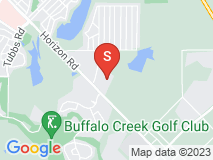 Contracted them to do a small job and they did terrible and wont fix.

Hired S&D to repair stone mortar and finish a sidewalk that was about 10 feet shy of reaching the driveway. The man they sent to do the work did a terrible job on the walkway but said he would fix it. Even after "fixing" it it looks terrible. After finally getting the owner to come take a look he admitted they could have done a better job. Said they would fix it. That was weeks ago and it has not been repaired. It looks horrible. We contracted for just under $3000
and they wont return calls or emails.