We are accredited by the BBB and we stand behind our work. Mr. Handyman is proud to provide home repair services in the Central MetroWest area. 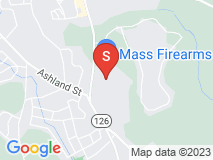 It Can Be Well Worth It to Call Mr. Handyman

I've been using Mr. Handyman's service for about six years and as long as a really qualified person comes out I have no problems and the work has been excellent. I've been very satisfied. In the last three years, however, I've had a not so qualified person come out twice and each time I've had to have them come back out a second time and finish the work. The company did cover the cost, but I don't appreciate having to call twice. I like it done right the first time. Their prices are competitive to a little higher, but depending on who comes out it can be well worth it. One person completed 5 small jobs in 55 minutes and was just amazing. They do all kinds of work, too. I've had them re-plane doors. They'll fix a lazy Susan, even little things like that. There was a problem with an awning outside my house, they took care of that. Lately, though, I've just gotten a couple technicians who seem to be lacking some skills. I had somebody come out this past January and the work he did fell apart within 8 weeks.

What really happened was that the first person had done some work on my dryer that involved attaching the dryer hose. At first it seemed like it was working. I hadn't smelled anything in my basement, and then 8 weeks later I realized that there was dryer lint all over the basement floor and I noticed that the dryer hose had just been taped on, which is something I could do myself, instead of being screwed or mounted more permanently. Like I said, the company sent someone else out 2 weeks ago and he did a great job. The company covered the cost of the second visit, so it didn't cost me anything other than my time.