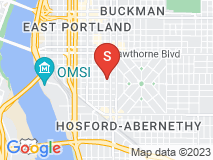 I recently found a Quashqua'i kilim locally that I initially thought might be an Iranian tribal weaving, but I was not certain about it. I wanted to buy it. I thought the price was close to reasonable if it proved to be authentic. I wanted to know about its authenticity.

It was filthy. It needed cleaning desperately. It had some damage and aging.

I sent an image to the company email. Randy identified it and gave me an idea about when it was done. I received a bit more education. I had to have it.

I took it to the shop. It's issues were identified. In about two weeks it was beautiful. Much of the fugitive
dye that had bled into the lighter areas had gone. It was amazingly bright.

I highly recommend this company for their expertise, their skills and the personal attention I have received.