Invoke Moving specializes in local moving within the DFW metro-plex as well as statewide. Our moving teams are courteous, careful and fully qualified for your move. 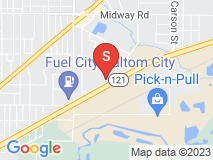 Look Elsewhere - Owner is the problem.

I went with Invoke Moving based on the 3.5/5 star reviews on yelp and price. Everything started out great – they arrived within the window of 8-10am (around 9:30) in Crowley. They finished loading there, made it to Grapevine to unload most of the items, and finished there around 2:15. The next stop was only 20 minutes away in Bedford. They called lost from North Richland Hills about 40 minutes later and the phone call was cut off. My wife tried to reach back out to them, but the call went to voice mail. She then called the office and spoke with a lady there who said, and I quote, she “didn’t know who was working the move and had no idea how to reach them.” Everything went down hill from that point. My wife tried to reach the drivers throughout the rest of the afternoon, but the call would go to voice mail. She tried calling the office around once per hour and the lady never had an answer for her about where the truck was or what was going on. Fast forward to 5:00PM – 3 hours lost at this point when the drive should have taken 20 minutes. I call the lady in the office and try to find out the update on the situation. She said operations spoke with the movers and they should be there – their cell phone died and they were lost. I told her I didn’t mind waiting while she tried to reach ops again to tell them the movers still weren’t there and see where they were. She came back on after a brief hold and told me she couldn’t reach ops. I told her if the movers didn’t arrive by 5:30PM, I would contact local law enforcement to find them since the truck was carrying over $10,000 in furniture/electronics. She started talking over me to end the call as I was saying this and hung up.
Here’s the good part. I get a call from my wife 20 minutes later that the movers just arrived and the owner of the company, Michael, called and went off on her. He wouldn’t even give her a chance to explain our concerns – “they didn’t matter and we could agree to disagree.” She couldn’t even get them out without him cutting her off and screaming into the phone. It was so bad she held the phone away from her ear and our daughter could hear it from the other side of the room. He was upset that we mentioned calling the cops and said that was “insane… purse insanity.” Honestly, every moving company I’ve used in the past has NEVER given me a reason to feel that I may NEED to contact law enforcement to track down my belongings. Also, why would something like that upset you so much if you had nothing to hide or a reason to be afraid? He also felt the need to ask where she worked because “this was ridiculous and he knows LOTS of doctors” (I can only imagine why….) when she told him she was a nurse and had to be at work in 2 hours (and was now going in with NO sleep after all of this). What could have been completed in 6 hours turned into a 10 hour nightmare.
Were we seriously calling the cops? Only if nobody ever showed up that night. Regardless, what kind of business doesn’t know who they’ve sent on your move, or how to get in touch with them? What kind of business owner opens a phone call over a concern that their mover is lost for 3 hours, and there has been zero contact or effort to locate them, with screaming? If I were the business owner, I’d open with apologies, give my personal cell number, and assure the customer I would do everything in my power to locate the movers, and get their items to them as soon as possible. I’d follow up with them every 30 -45 minutes personally to keep them updated. Oh, and I’d know who I sent on a job and how to get in touch with them from the beginning.

Based on your review it is apparent you are unaware of the entire situation. I am not going to engage in your inability to comprehend the basis of problem; our crews phone was not holding charge which is why he could not call, or locate address with GPS. He had to go to Post Office and get directions printed to final destination.
Below are the details:
-Owner Called Directly From His Cell Phone To Update Customer
-Owner explained situation in detail to wife (whom responded "YOU ARE AN ASSHOLE")
-Owner told customer he would not tolerate disrespect and cussing from customer (Agreed to Disagree and Phone Call was ended)
-Learn to have understanding and the situation would not have escalated (You are right, the crew is great)
-Your items were delivered, you were not charged for time crew was lost