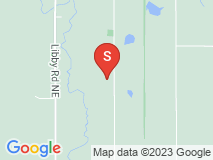 Pleased with results and happy with service

The staff at Blue Ribbon Carpet & Upholstery Cleaning arrived at the time they promised and quickly began work after asking me if there were any particular areas on my carpet I was concerned about. They worked efficiently in cleaning the carpets, a recliner and an ottoman. They finished the job done in two hours instead of the three hours they had estimated when I talked with them to schedule the work.

The quality of the work was outstanding. I appreciate their communication and attention to detail when doing the work. Rory was careful to dry the wood floor next to the carpet edges and wipe any spray off the baseboards. I thought that was really valuable, because I've had cleaners over spray and then had to clean that myself.

Rory also asked me a spot on the carpet which didn't come out to their satisfaction after cleaning. He went out of his way to ask me about that one stain. They ended up putting on another product which really reduced the spot to the point where you wouldn't see it if you weren't looking for it. That was really the first time in a long time when someone who cleaned the carpet tried to help me problem solve.

I had a quote from another company and the cost was about the same level. When I called Blue Ribbon Carpet & Upholstery, they came within a couple days as opposed to week and half later for the other company. They are reliable and their prices are fair, but I chose them to do work because they could do it quicker.