Business Description:
SBW Inc. is one of the most experienced pool companies in SoCal. We offer free estimates and same day service. Regardless of the job, we promise to do our best.
5 64 reviews 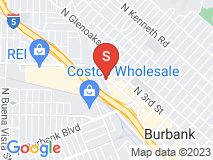 Our original pool was installed in the 1950's when they first built the house, so it was here already when we bought the house. The pool had started leaking and losing water, and I called somebody to come out and tell me where the leak was. Then, I asked for a recommendation for someone to actually come out and do the repairs, and I needed them to be able to work accurately and quickly because I wanted the pool up and running for a party we were planning for the 4th of July. That's how I met Daniel at SBW, Inc. So far as I can tell, he did a very good job.

Daniel came out and looked at our pool, and I ended up hiring him for the job. I know a little about construction myself, so I had a lot of questions, and Daniel was very transparent with his answers about what needed to be done and how to go about doing it. For instance, there are two different ways to install rebar. I wanted the rebar pulled up into the concrete, and Daniel made sure it happened that way. They ended up replacing the entire slab around the swimming pool. It was critical that the slope of the concrete be correct so that I wouldn't have any standing water or water running off into my yard the wrong way. They also installed new pipes, a new motor, new wiring, acid washed and sanded the pool down, and repaired some steps coming from the back of my house that were cracking. Also, he had to put some controls in my pool heater because it wasn't working quite right.

It all seems to be working out very good now. It stays cleaner than what the old pool did. He had to call around a bit, but he eventually found the universal controls he needed to install, and he was able to get it working perfectly before the pool party. I've had many compliments on the new look. When people come back and look at it, they say they want this guy to come out an do the concrete when they are ready to have work done on their own pools. Also, the people that he had working here were very clean and courteous, and they were happy to answer any questions I had.

There was only one tiny problem that I have to have him back out to fix. When he was taking off the forms, there was a little part that chipped out. I know it seems minor, but after all the money I have invested in this project, I want it to be perfect. Once he comes back out and fixes that little chip, I would give my total experience five stars!