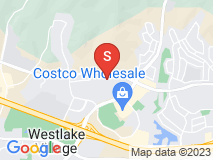 My husband and I have always loved dogs. Right now we have two dogs, a five-year-old Labradoodle named Lucy and a 10-year-old Golden Retriever named Roxie, both female. The Labradoodle is definitely daddy's girl, and Roxie is truly one of my best friends.
Roxie has had allergies for a long time and the testing we had done wasn't definitive enough to be helpful unless we spent over $2,000 with no assurance of a better diagnosis. We sought out non-allergenic products including food and treats. I scoured the internet looking for solutions.
Roxie scratched herself constantly until over half of her hair was gone and she was lethargic and miserable. It broke my heart to see her suffering so. My husband and I finally decided we had to think of her quality of life and not our pain and sadness at the thought of losing her. We made the decision to put her down to end her misery. The day before we were going to do it, a friend of mine came over, saw Roxie, and suggested we wait a bit and try her on NuVet Plus. We ordered some in November of 2013 and started her on them the day they arrived. Over the next couple of months we began to see an improvement. Her hair started coming back, she scratched less and she began to move around more. Now her hair is almost all back and it's soft and fluffy. She is much more active and we could see that she was happier.
Now, nearly a year after starting to use the NuVet Plus, the only place her hair is still gone is her elbows which had developed a pitted leathery skin which I don't think the hair can get through. She plays with Lucy some and once again runs to the door when someone stops over. She loves to be petted and loves spending time with me. This may sound extreme, but I believe with all my heart that the NuVet Plus saved Roxie's life.
Now, being an older dog, she has recently developed arthritis in her hips and limps a lot. I ordered NuVet's double strength arthritis formula and have high hopes for that as well. I am housebound in a wheelchair, and Roxie spends even more time with me. She has always been a caring, motherly dog who keeps me company a lot every day.
NuVet has many truly helpful, quality products for your dog. If even one person tries it for their pet, then this review will be well worth it. NuVet's website is very informative about what is in each of their supplements. I have spoken to them by phone and they are very helpful. The link to their site is nuvet.com/index.html. They serve both dogs and cats.