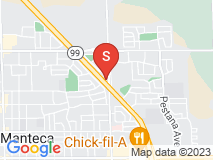 For years everything was fine but the guy that came last time charged me for two jobs.

I've been using Discount Plumbing for a long time and this last time was the only time that I have had a problem with them. The last time the guy came I didn't like the way he told me that I had two problems: one of them I knew about and the other was the arm in the inside, he told me he had to replaced it and I don't think he really needed to replace it. Then after he did it, he charged me for it.
He came once and charged me for two different jobs and I have never had that happen to me before. If he had told me from the beginning I wound't have let him do the second job. That never happened to me before with them and I've been using these guys in my rental and stuff and this is the first time that I ever had a problem.
The overall was fine and I would give them a 5 for that but the guy that came did one job and charged me twice and I did not like that.