Business Description:
At Windows on Washington, we provide our customers with quality products and expert workmanship to improve the comfort, beauty and energy efficiency of their homes.
5 31 reviews 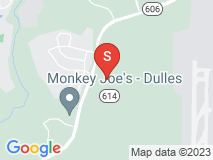 Where to begin? We started this process in May and interviewed 6 different ROOF Installers of the METAL STANDING SEAM ROOF. After paring them down to 2, I received a call from Eric of Windows on Washington, we had spoken before but I had forgotten. First I guess I should say what was planned. New METAL ROOF and the side porch and back porch railings installed, the side porch was done by another contractor.
I won't go into the other companies, but will say they are in the surrounding area and the final 3 were are excellent in their estimates and explaining what was going on.
When Eric came out for the estimate, I was blown away by his knowledge and his help. He brought up that the metal siding we had would end up looking bad against the Metal Roof. I said siding wasn't in the budget, but he gave me a great estimate so now it is, We then asked about windows seeing that we had 2 already replaced and 5 to go, I was hoping for 3 but again Eric gave me an excellent estimate so this project has grown to also including Shutters, Gutters, Downspouts and sealant on my Chimney!
The material used for the roof was 24 gauge pacific blue by Englert and it looks great. Carlos and his crew worked to get a the 2 roofs off plus 3 roofs worth of nails. Amazing job they did. The roof turned out not to be plywood but 1x6 boards and a bunch had to be replaced. One area at the back door had been rotted out for years, long before we purchased the house in '09. I enjoyed watching the metal being cut to size and then locked in place by the little machine that moves up and down and locks the seams in place. The new Siding is a 100 improvement over the over metal siding and the windows and shutters all look great. Each crew that installed they work did so in a gracious and courteous manner. The Window crew made sure that all was cleaned up, the 5 windows were installed in less than 5 hours.
Eric knows how this almost became a comedy of errors, with certain folks watching our every move, but all turned out great in the end.
The final piece was dependant on Potomac Edison as the old Power service to the house was too close for comfort to install the final metal roof sheet. P.E. showed up as planned and worked with Eric and Carlos to get together to get it done. Let me say here that it is extremely hard to get Potomac ED or any Utility to be on time and to do so with the contractor. The final metal sheet was installed and the next Day P.E. even came back with 3 trucks and 7 workers to put in a new service to the house. A bit much I thought, but it didn't cost me anything!
Finally I have been in touch with Eric over the final invoice and let me say that I have never encountered any company that will work on the payment as much as Eric has. He went up and above the call of duty for us. We are super satisfied with the cost of what I consider the largest rehab of any house we have ever owned. We have received an untold number of comments about the new roof and who installed it and so forth, so I believe Eric and his crew will return to WV sooner rather than later.
The last day everyone pitched in to help clean up around the house and a fine job of cleaning they did. Each day they worked from Sunup to Sundown and I never heard a complaint.
I must write about the one early morning when the roof was off and not covered as a huge series of thunderstorms approached the area. This was at 6:30am and I was getting a bit worried, when at 6:40am Carlos and his crew appeared like rescue workers and covered the roof before the storms hit and they were huge. That was something to watch and we were ever so thankful they showed up.
Heavy Rain and NO roof is not a good combination.
In closing I would recommend them in a heartbeat for any project and if anyone would like to see their work I have a complete history in photo's I took of my projects.
Congratulation Windows on Washington, Eric and Carlos and the rest for an excellent job well done!