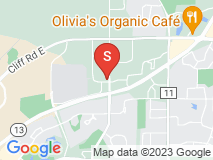 great service as per the technician

I purchased my top of the line Kinetico water system back in oct of 2018. The sales person ensured me that it was the best system on the market and that i wouldn't have any issues. He also assured me that they back their product with a 10 year warranty that it won't fail because there are no electrical or electronic parts that will go bad. He told me that their system is based off of water pressure and with that i was sold. Back in June of 2019 i had a service call because the system was not working properly and my water was really hard. The tech replaced a drain valve and said that should take care of the problem. I really haven't paid much attention to the system in the past couple of months until my wife said that her skin was really dry and itchy. I haven't had to add salt in the past couple of months, that should of been the first clue. I kept an i eye on it this past week and noticed that it wasn't doing it's typical regeneration. I called and set up an appointment to have it checked out. The tech replaced the LVL1 meter that controls everything coming into the system because the one that was on there wasn't working properly. I asked the tech if this was common to have this issue, especially with a system that was only 15 months old. His reply was, sometimes you see this in systems that have been out there over 10 years. This was the second time they came out for the same part. When the tech was done i was handed a bill for 144.00 service call and on that bill 30.00 for labor. I asked the tech why am i being charged for this. He told me that the parts were covered but the labor and service charge isn't. I was like WOW. I went back into my contract with Kinetico water systyems to see if that was in there and I couldn't find it. I also don't recall the salesman bringing this up either. I aso called to speek with someone from Haferman and was passed on to leave a message. I left that message and haven't been contacted as of yet. I'am very disappointed with not knowing about this charge up front when i made this appointment and when i purchased this system. I paid a lot of money for this system, i shouldn't be having these issues and paying out of my pocket for a system that i was told i would have no issues with. I spoke nothing but good thing about Kinetico water systems to my friends and family, now i will tell them how the system really works.

Hi Steve,
We're sorry that you had this problem. After another visit to your home, we discovered that you had the hard/soft option open, which was the cause of your hard water rather than with the equipment itself. You should feel confident with the equipment you purchased, as the salesman was correct, it is a top of the line product. We hope this visit resolved your concerns, but please reach out to us if there’s anything further that you need.

Thank you for your business.