Orthopedicshoelift is for people with limb and leg length discrepancy. We help in correcting this through our shoe lifts or shoe modifications. 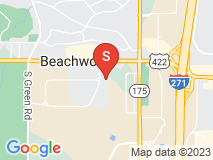 American Heelers, thank you so much! I spent four years going to various "expert" doctors trying to figure out what was causing chronic pain in my right foot, right ankle, right knee and right leg. The "experts" suggested orthotics and some suggested surgery to address "post tibial tendonitis" and some even suggested putting me in a no-weight cast for six weeks, which would have made driving impossible. I wasted hundreds of dollars on orthotics that didn't help and I could not return.

For years, I had felt my right leg is shorter than my left. I could literally feel it in my gait, and I suspected strongly that this might be the reason for my right foot/knee/leg problems AND the partial collapse of my right arch. One of the "experts" agreed to allow me to have an x-ray done in Fall of 2016. The x-ray showed a MARKED tilted pelvis, tilted down to, yes, you guessed it, my right foot/my right side. Well, the "experts" couldn't agree on how big a leg length discrepancy there was, and several said the 7 mm discrepancy measured by one of the X-ray technicians was "not enough" to cause my problems.

The experts were WRONG. I ignored them and sent a right shoe away to American Heelers, who I found through a Google search, to add 6 mm to the sole. I tried this shoe for only a week or so, and gave up.

I am glad I tried again a few months later, this time sending another new balance right foot shoe to American Heelers to add 10 mm of height to it. I wore this shoe for months, and my right foot/ankle/knee/leg pain got better and better and better. It is really a god $@!#% 'miracle'. Seriously, I have struggled with depression over the past several years and my chronic right foot/knee/leg pain was a BIG reason for this depression. It is so GREAT to be able to go walking/hiking pain free!

I have not yet found the exact correct height, 10 mm was too much and 7 mm not enough. So, I just had American Heelers add 8 mm of height to a new right shoe. However, my right foot/ankle/knee/leg pain is nonetheless 95% better than before the raise. 95%! In fact, right shoulder pain/problems have ALSO gone away after wearing a right shoe sole-raised by American Heelers.

I LOVE American Heelers! I am so grateful! I so wish that more doctors/"experts" would wake up to the fact that leg-length discrepancy (LLD) is both VERY common and very often a root cause of foot, ankle, knee, leg and even back pain(s).

One other thing: A heal lift does NOT provide the same effect as a full sole raise, which is what American Heelers does, the full sole raise. I tried a heel lift built into a pair of custom orthotics for 3 months. It did NOT help. But it did motivate me to try a full sole height raise -- even though the guy who built the orthotics claimed, incorrectly, that a heal raise in an orthotic creates exactly the same benefits as a full shoe sole raise.

My American Heelers FULL sole shoe raise helped me much more, so much more than orthotics with a heel raise! Of course, I had to stick with my American Heelers modified right show for more than week. I found out, through experience, that one week of testing is NOT enough. And I'm going to say most other people who try an American Heeler shoe raise should wear the raised shoe for at least 3 to 6 months before they make a decision about whether the raise is helping or not.