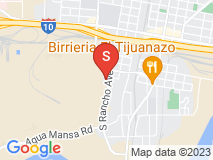 Okay, I Want More Shutters But Not Sure I Will Use Them Again

Elizabeth Shutters offered a great deal in the LA Times. They were offering buy two get one half off. I had seen the specials before and I really wanted new shutters so I gave them a call. Everything was misleading. I had them do a patio door and two windows. It turns out there was a specific amount of inches that it had to be so that you qualify for the special. That was not in the advertisement. The person who came out to measure did the measurements wrong. When what they ordered came in and they realized they ordered the wrong size they asked me to pay the final payment. You pay half upfront and do the final payment upon completion so I said I would not do the final payment until the job was complete. It was not good for them to ask for the final payment before the job was done in my opinion. If you are ordering because of a special you should get the special especially if the stipulations are not printed in the advertisement. Or they should work with you to give you some sort of special. They need to remember there are other stores here locally that sell shutters that we can go to. That being said, the installer who came out when we finally got the correct sizes to arrive was nice, polite and got it done just fine. I do not know if I would use Elizabeth Shutters again.