For over 70 years, Anthony & Sylvan has been an industry leading swimming pool builder offering quality pool construction across the USA. 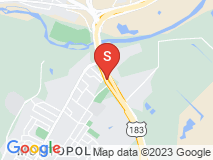 A Vacation In Your Backyard

We got a pool built through Anthony & Sylvan and everything's going very well. There was a little bit of shifting, but they paid for the issue, so we're happy with that response. In general, everything has been really good with the pool. I liked Anthony & Sylvan's price. It was the second lowest, and their design was the best. So between price and design, they were the best choice.

Our pool cost about $95,000 or so. It's built on a slope, so a lot of it had to be built above the ground. I knew that was not a very usual design for them. It's about 37 ft. long, 14 ft. wide and 6 ft. deep at the deepest part. It's got a sun shelf and a few fountains, and has a spa that's right next to it. It's very inviting. When we open the door, it's right there in our backyard. It also sounds very relaxing because of the waterfall feature. It hasn't really had any major issues. So it's been low in maintenance, so far.

It was kind of tough because we had a very, very difficult pool to install. We had a change in project manager partway through the project, because it took about a year to build this thing. But everyone cared. It's very obvious that they care about the quality. They were all professional. And I don't think anything occurred that we were unhappy with. We have kids in the house, and it's nice that they can easily go to the pool. It's just like having a vacation right at your backyard whenever you want to.