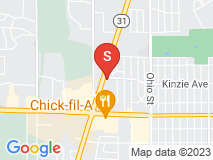 Service is excellent! The technicians know their stuff!

I've only used Tech Force twice because I have my own IT guy on staff. The first time I used them was before I hired my own IT guy. Another time, I was trying to hook up an old device that not even my guy could figure out. So I called Tech Force and they were able to figure it out. Five stars! I highly recommend them!