We are accredited by the BBB and we stand behind our work. Mr. Handyman is proud to provide home repair services in the South Montgomery Area. 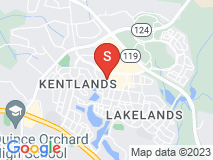 I'm a renter, but my landlord lives out of the country so I take care of things with the house. A squirrel had chewed its way through the siding and gotten into the attic. Some trim or flashing or something needed to be replaced. So I called Mr. Handyman of South Montgomery County. Dan showed up when promised and communicated clearly with me about the estimate. There was also good communication ahead of the appointment. Dan called me when he was on his way. He was very fair with the pricing and explained everything that went into the price. Mr. Handyman only charges by the partial hour, not by the hour. I felt that was an honest approach. The repair was made quickly and well. Dan took a chance that the squirrel wasn't going to jump into his face when he climbed up the high ladder. But Dan felt confident that he had made enough noise to alert the squirrel to his presence and give it time to get out. Dan explained everything very thoroughly to me in advance in a way I could understand. Last year, my landlord spent over nine hundred dollars to trap some squirrels and get rid of them. The landlord was happy with the reasonable price and approach by Mr. Handyman. Dan was cordial and efficient. Overall, their service was reliable. He showed up and did the job as promised. Five stars for Dan from Mr. Handyman of South Montgomery County.