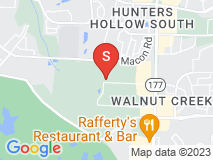 CHOATES IS A SHADY COMPANY!!! DON'T USE THEM!!!

I purchased an HVAC system from Choates in 2013. Every single summer since that purchase, the unit has had problems. I would call Choates to come out and they would, and of course every time they came out the cost would be at a minimum $150 or more....almost always MUCH MORE. It was always something with this unit. Instead of replacing an obviously faulty unit, Choates would put a band-aid on it. This summer, the unit started leaking through the ceiling and the whole house started shaking violently. Choates told me that I needed a new evaporator coil. After I agreed to take down a bad review off the internet, they agreed to replace the evaporator coil and charge me for the coil only and not for labor since it was within the 10 year warranty for parts. I waited weeks for the evaporator coil to come in, and during that time paid $100s of dollars to put freon in my unit to keep it running during the hottest part of the year. When the coil finally came in, Choates replaced it, charged me approx $1,900 and told me everything was working fine. The next morning, I turn on the AC and it doesn't work. Choates comes out and tells me that there's another problem and unless I fix it, the AC isn't going to work. I asked why this wasn't noticed the day before, and the excuse was...well the technician was focused on replacing the evaporator coil, so he just didn't notice it. Bottom line, I ended up having to pay another $2,000 to get a working AC. In two days, Choates managed to steal almost $4,000 from me. I say steal because of the extremely shady business tactics Choates uses to extract as much money as possible from people who know nothing about HVAC systems and must rely on what the technician tells them. I asked how much it would have cost for me to get a new unit and the technician tells me probably around $7 to $8,000. So, in two days I paid Choates over half of what it would have cost to replace the entire HVAC system. DO NOT USE CHOATES!!! YOU WILL REGRET IT!!!!