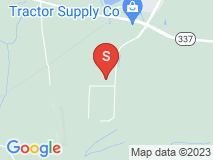 Nice People, Could Have Been More Efficient

I had a great experience with the office staff at Hampton Roads Moving & Storage, but the movers themselves were not the best. I found them to be kind of slow and they made some mistakes setting my bed up and had to come back and fix it. It took them all day to unload and there were only two of them, which made it a very long slow process, much more than I really thought it should have been. I was moving from a house into a high rise apartment, and considering the move involved trips up and down an elevator it seemed that if they had more people it would have been more efficient. The movers were nice, polite, and professional and don't mean to say they were purposely going slow, but it was just not a super efficient process.