Creating Customers for Life For over 100 years, the Arpin family and its worldwide agency network has been providing high caliber moving and storage services . 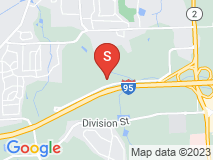 Very Good At What They Do! Excellent Experience!

Arpin Van Lines Inc. were absolutely excellent! Their crew was on point and did a pretty unbelievable job! The first guy that came out to estimate the weight, because they charge by weight, was off significantly with his estimate but they agreed to split the difference with me and not charge me for the full actual weight which I thought was amazing!

The crew showed up to load up from the house I was selling and honestly they had everything loaded and ready to go without damaging one single thing in the house that I was selling!

The following week the driver arrived with my belongings an was supposed to back up on the street but he was amazing and was able to back up right to the house. I had paid for and scheduled to have a shuttle from the truck to the house but because the driver was so good that was not needed and Arpin Van Lines Inc. credited me for that charge. The shuttle was already there but still they did not charge me! This truck showed up at about 8:00 a.m. and they were finished unloading by 2:00 p.m.! There were 8 to 10 total crew that really did an excellent job. The only damage and not worth mentioning to the company was one pasta bowl got broken and a toaster oven with a tiny dent, neither one was a big deal after all the things that they moved that day!

I had interviewed three other companies for this big move and I felt pressured by those other companies but when I interviewed Arpin Van Lines Inc.
I felt like they really were interested in doing a good job for a good days pay without pressure! This was my first time using them and if I ever move again, which I hope I do not, I would give them a call first! I highly recommend this company, they are very good at what they do!