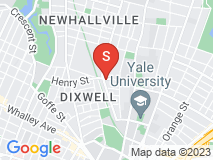 Moving is stressful enough, choose someone else

After a 2 bedroom move, I would never use this company again. Owner promised 2 trucks, but only came with one. The single truck broke down after being fully loaded. Went back to the house after movers left and saw they forgot a ton of large items on their second trip. Called the owner, asked if he could send another truck the next day, and he said I should get another company to finish the move because he “didn’t like my tone”. I disputed the credit card charge because the move wasn’t complete, and owner threatened me by saying he lived near me. The mover guys were great, but the owner was horrendous.

Moving is stressful enough. And there are plenty of other moving companies out there. After our experience, don’t take a chance, just go with someone else.