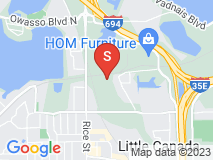 I called St Paul Pipeworks to fix a toilet for me. At first, I thought they did a great job and I was very happy with them. Then, a few days later the same problem recurred. I called them back because they guarantee their work. They did honor their commitment, but I was told it would be several weeks before they could come back out. Then, the day that they were supposed to come back out, they called me and cancelled because their plumber was sick. They rescheduled me again for another few weeks in the future. That plumber came out and he showed me where the first group had made a mistake, and he fixed the toilet correctly this time. All the people whom I dealt with were very nice people and very professional people. And they did stand behind their work. But it took them six weeks to get that work done and I think that was just too long of a time frame.