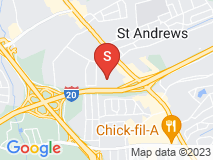 I have a 1971 Jaguar and there was some paint chipping and a few scratches that had happened due to the age of the car. Dan from Newlook Body Works was kind enough to come and take a look at the affected areas, and he actually recommended that I go to a place to get the color of my car analyzed. Once the analysis was complete, they gave me a color code that I handed over to Dan and he was able to mix the paint to match the exact color of my car. Once he started working he was very quick and efficient, and once he was done I honestly could not tell where he had done work. If I had not seen the car beforehand I would have thought it was still the original paint job. It was really refreshing to see that Dan not only takes pride in his work, but also in the process in which he does it. The areas he worked on still look fantastic and I am incredibly impressed with Dan's skills.