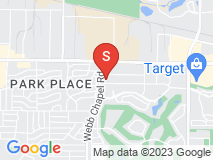 I had numerous problems with this company, unfortunately. In summary, I was charged approximately $700 more for my move than originally quoted; several large and relatively expensive items were lost in the move (including a brand new power generator, mattress and mini-trampoline), and several more items, including a desk and bookcase, were damaged. In addition, a $450 sterling silver pendant containing my recently deceased husband's thumbprint went missing after the move (I can't say it was stolen, I don't know for sure, but I noticed that it was missing after the movers left). The item was of great sentimental value to me.

But what really bothered me about the whole process was the lack of appropriate communication and concern for the issues by the employees of Green Van Lines.

I reached out to the company immediately with my concerns; specifically, to Michael, one of the directors of Green Van Lines in the Dallas area - who was slow to reply via email, didn't bother to call me back, offered no apologies, and instead sent one-line responses addressing only the missing items, for which he finally simply said, "call this number to file a claim" - which I did. It has now been two weeks since my move was completed, and 9 days since I called to file a claim, and I am still waiting for a callback to get the claim filed. I was told that I would only be reimbursed .60 per pound rather than for the full value of the items. This is unfair, as two items were very lightweight but cost me $500 and $200, respectively.

When Michael came to assess my home to provide a personal moving quote, he was very friendly and assured me that Green Van Lines was not a "bait n' switch" company as many others, which provide a quote but then end up charging customers far more. He told me if I added any other items that the final quote would be higher, of course. In the end I did add 8-10 additional boxes (regular medium to large sized moving boxes) but I have a hard time understanding how that would add $700 to the final move. He also told me I would not be charged for things like packaging, but in the end I was, in addition to some boards that were a part of one of the beds. I brought the matter up to him several times and he simply stated that the final inventory showed 20+ more boxes than the original, which I know was not right. He didn't address the broken items, packaging costs or the extra charges for the boards that were part of one of the beds (I thought that should have been accounted for in the initial evaluation).

When I expressed my dissatisfaction with the level of customer service I was being provided, he simply stated that he didn't know what else he could do for me (instead of asking what my concerns were. When I re-stated the issues, he didn't reply). A simple phone call to address my concerns right away, along with an apology would have meant a lot and could have gone a long way toward resolving the issues, but instead I felt brushed off; almost as if I were a bother to him.

I spent $4,275 to move the equivalent of a two bedroom home from Dallas to Centennial, Colorado and expected better service than this. To be fair, Michael did attempt to reconcile the final box count with the inventory on the initial quote, and checked the company's warehouse for the missing items, but in the end, the only solution I was given was to file a claim for the missing items. My concerns about being overcharged were basically left unresolved.

I would have given this company a better rating, despite the issues, if somebody - anybody - had simply called me right away to fully address my concerns. One-line email responses days later, and incomplete answers, just doesn't cut it. Thanks