Stevens Chem-Dry uses a carbonating cleaning solution so effective we only need to use approximately one-third to one-fourth of the moisture steam cleaners use. 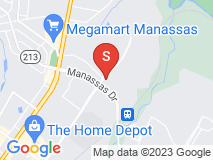 Technician could not follow simple directions to get into the secure building despite my being on the phone with him and giving him the simple instructions multiple times (hit * then the four digit numbers). Finally, after probably the fourth time he alleged it wasn't working, I said I would come down and get him. He met me on my floor at the elevator. I said, "You told me that you couldn't get in." He said, "No, I got it to work." We walked to my apartment and when I came through the door he said, under his breath, "be nice!" I said, "excuse me? What did you just say?" He ignored me. I repeated myself and said, "Did you just tell me to be nice?" He admitted he did because I seemed "angry". I told him that was unacceptable and that he had no right to say such things to a customer in their own home or anywhere. I can't help wondering if he would have said that to a man. I felt patronized and belittled. The cleaning service was average.

Hi,Mrs Bolton I`m Sorry about this convenience with my Technician , Thank you for choosing Stevens Chem-Dry deal trough Groupon Compnany , You get at service value on $180 + tax for only $95.00
Also in our Groupon disclaimer section is mentioned extra cost for 2nd or higher and my tech did NOT charge anything for it .
Have a nice day , I wish you can change your 2 start review but it is in you !