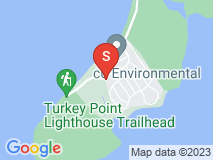 If you have been exposed to mold please read my story.

I was sick from the end of June until October of 2016. My symptoms were shortness of breath and constant, extreme coughing. I had a myriad of tests including cat scans, ultrasounds, blood work, bronchoscope and was on many breathing treatments and stronger asthma medicines, it was bad ! None of the tests showed problems except for the difficult breathing which was so frustrating!

At the end of September I had two serious leaks in my kitchen / dining areas coming from my roof. Two days later a large area showed green fuzzy mold. I showed a picture of it to my doctors and they then knew what was wrong with me. I finally had an answer and was relieved. My doctor told me to leave my home immediately. I am allergic to all molds plus have asthma.

After moving in with my daughter in October, I felt better within two days but her husband, who has MS, got sick with the same symptoms as me, plus more. After talking to several mold specialists, I was fortunate enough to contact Jim Richardson owner of Squeaky Clean and Dry. He told me because of his MS, my son-in-law, was extra sensitive to mold and I had transported spores to their home. My son-in-law had to move out because I moved in (imagine how I felt)! Jim treated my daughter's home within the week using chlorine dioxide (this is the only thing that kills mold spores).

Jim Richardson also tested, removed the mold and treated my home. He was also extremely helpful and supportive while I battled my builder to get my roof repaired and mold problems done properly. Jim is very knowledgeable, sincere, honest and just an all around great guy.

If you have mold in your home call Squeaky Clean and Dry to get proper treatment from the best!