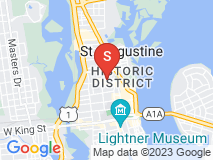 Very Professional Service, I am ever grateful for their work

I was involved in a bad car accident with a 17yr old who was texting. My advice: never let kids drive! I hired an attorney and he did not lift a finger until he knew he was going to get paid. Subsequently, I was in a wheel chair for about 2 months and in the process I negotiated with another attorney to see if I could get a better deal and more help with my situation. I had another surgery soon after and the new attorney charged me much less than the other guy. He was willing to work for $3000 for about 3 months whereas the other guy wanted $7000. I was extremely grateful that he was willing to take that deal. He actually asked me what I needed to get done and he in the end did far more work that the other guy. McCleod is very professional and anytime I see his commercials where he states that he is a caring individual who wants the best for you, I smile a bit because I know that he is telling the truth. Even though my case did not turn out the way that I would have ultimately wanted it to, he did everything he could. I felt he was doing his job for the right reasons and he was even as upset as I was at the fact that the other attorney was not willing to cooperate. In the end he negotiated with the other attorney so that I would not have to pay as much, and avoid bankruptcy. His team was really sensitive, caring, and knowledgeable, never making me feel bad when I called. The only thing I wonder is that if I had tried to fight the case would I have won. Unfortunately I was not willing to spend the $10,000 that it would have cost me to move forward.

McCleod's effort to go the extra mile greatly impressed me. When Diana called me up, she did not make it brief, she spent 30min with me and making sure I understood all the necessary information that I needed to know and the steps that we were going to take moving forward. I had not signed up as a client with them, yet they were willing to help me out. For that I am ever grateful. I have worked with many attorneys in the past and most have them have been scummy at best but these guys were the complete opposite. I really want to get the word out there that this team is truly caring and on your side, they are not trying to take advantage of you at all. I contacted McCleod when I first saw his commercial, my only regret is that I would have seen it sooner. Eventually my injuries got worse, and of course this cost me more and changed the dynamics of the case, but his team kept right up with me making sure they did everything to ease my pain.

After all that has happened If I could do it all again, I would not have called an attorney in the first place. It has been a very stressful experience and my mom died after the accident as result. I feel that her having to take care of me led to her death due to the anguish and stress that the situation caused. If I had not dealt with that terrible attorney and gone straight to the better one, I feel my shoulder would have been better, my body would have healed up and overall I would have been more at ease. When I sat across from the McCleod team I only felt compassion, it literally flowed across the table. There are no words that I can think of to describe the true sense of sincerity that I felt from them. I just want to get the word out that McCleod delivers on every word he says.