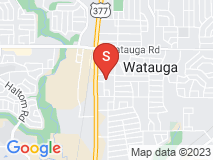 I initially went with this company because they had the cheapest rates out of the few I’d called. I I stressed to them the importance of moving out by the 31st of July. Initially I asked for the morning and 2 days before I was set to move my Apts told me my apt wouldn’t be ready until after 4. I called Easy Movers and the secretary moved some things around and said she could make it happen around 6 pm- 8pm. I was very grateful. On moving day, they called me at 6:15 stating the 1st job took to long and they’re just now getting to the job before me, she stated they won’t get to me until after or around 10pm. I told her no problem, I just need to be out by 7/31. They be fan to then tell me they’d have to come in the morning. I told them my property mgr wouldn’t be ok. She asks to speak to my P.M. when they talk my P.M. tells them if they don’t have me moved by 8/1 before 10am they’d be responsible for paying my rental fee. So now the secretary tells me she’d give me a discount for the inconvenience but needed to figure things out and call me back. She calls me back and says the movers will be to me around 7am and tries to rush off of the phone. I asked about my discount, she tells me them coming at 7am is my discount. I explain to her that’s not a fault to me at all, it’s just good customer service and the fact that they don’t want to be reliable for paying my fee for not having me moved out in time. She puts me on hold again. She says, well the mgr says that’s the discount we can give you because normally we charge more to come early but we won’t charge you. I laughed out of the ridiculousness. I asked to speak with the mgr and of course, “He just left!” She claimed she had no clue what time orbwhen he’d ever be back in. I still remained calm and told her this wasn’t ok and this wasn’t a discount at all. She then tries to say, “Well I heard you mention you needed your refrigerator taken apart, that’s usually a $50 service.” I told her I mentioned it 3 times and if that was a charge they would’ve mentioned it before and I strongly believe she’s just trying to find something to justify. She then tells me, “ Well we also normally would’ve charged to switch your service at the last min. But we gave you a discount on that!”! I told her she can’t use that against me because the moment she told me she could “make it work, no problem” that means it was no problem! She then tells me, “ Well this is the discount we can give you, so do you still want us to come tomorrow or what?” I laughed out of disbelief and told her I obviously had no choice since it was too late to find anyone else!
As far as the movers they were fast in the first hour and of course, slowed down tremendously in the second hour. They didn’t come with ANY tools and knew NOTHING about the refrigerator! However they got it done. They took 3 hours to move our things even though it could’ve been done in 1.5 since we had all of the boxes moved up to the front, and beds already taken down. The only 30 min hold up was the tv to be taken down and the refrigerator. So I paid way more which I believe is strategic for every moving company and even though I was assured they’d wrap whatever I asked they didn’t and of course they scuffed my $2k furniture just like the last movers. But this time with black marks. I didn’t complain because I was just over it. The movers even knew the company was bad. I’m sure they know this review is coming, I told them in the phone I’d give them a bad review. So let’s see if this actually stays on the site.