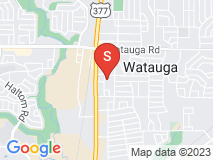 The movers was supposed to show up between 8 and 10. They didnt arrive until after 12. The one guy was talking and complaining about how heavey my things were and other the other guy was hustling doing his job. Then they took a smoke break which I got charged for and he told me I wouldn't get charged for their breaks. It took them 5 hours and it should not have taken that long. My 55 inch tv was broken and now I have rainbow lines running through my tv. My couches was all scratched up and they broke my glass entertainment stand. I called and emailed the company and the lady I spoke to who was nice said the claims department only handle claims through email. I want my stuff replace. The guys need to be taught on how to be professional. Long story short my claim is still pending whatever that means. Horrible experience