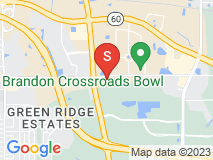 I used this company first in March when they moved my belongings to storage. Since I have moved a few times I packed myself using fragile and keep upright stickers and also marked arrows pointing upwards. When I eventually moved into my new house as the boxes were being brought in I noticed my fragile boxes were squashed on top so I mentioned I hope nothing is broken inside. I had quite a few boxes marked fragile so I never had time that day to open them till they left. Omg I had so much broken glass. I called them and they said send pictures. When I never heard from them I called and they said I was not covered for that as I packed them myself. They also broke my bed which was a nightmare getting that replaced, Jeff in office was rude, they did after a few weeks and the owner getting involved replace that. The insurance lady said she would look into my broken glass after my bed situation was resolved but I have not heard a thing from her since or I would have written my review earlier. My real estate person recommended them so I thought they would be ok. I'm very disappointed with them and would never recommend them. I normally don't write reviews but some of my glass was sentimental and it can't be replaced. The owner said she would be here when bed was delivered , she never came and I never heard from her again.