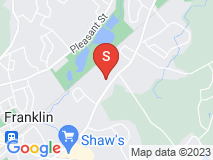 We just moved into a condo and the outgoing folks had the carpets deep steam cleaned which brought out countless old stains. When Jon came to assess the situation he recommended new carpets because he said there was a good chance that the stains would "wick back" again from the carpet backing or padding even if he could get them out on the surface, which he explained is what the steam cleaning did. He said he would be happy to do his best and come back once for free to address wick back but he just couldn't say with any certainty if that would solve the problem. So, I asked him to do the stairs and the second floor while I left to get estimates to recarpet the first floor. Well, he called me within a couple hours and said he was having great success so I came back to take a look. I literally couldn't believe my eyes - there was not a trace of stain on the very pale gray carpeting! And because he uses a low moisture system some areas were already fairly dry and the stains weren't coming back so he had even gone ahead and cleaned some of the main floor which was worse than upstairs to see if he could get those out - and he could! So, I asked him to do the main floor as well and stayed to see him work his magic. He literally hand scrubbed every stain, many twice and used several all natural products. He was here for 5-6 hours and when he left the carpets looked brand new! I think there was one stain that he couldn't completely get out. We moved in the next day and the day after that I inspected the carpets and saw some subtle wick back in some places and called Jon. True to his word he came back and spent about an hour touching up. I think he is truly a miracle worker!! I also greatly appreciate his honesty, tremendous work ethic and the pride he takes in his work, an extremely rare combination! Also, evey time I called him he answered the phone so there was no phone tag, he was right on time and for all of that work he only charged $250! I can't recommend him highly enough!!