Business Description:
Adventure Auto Glass is an automotive glass installation and windshield repair facility. We are a socially responsible, locally owned and operated. Since 2005.
5 400 reviews 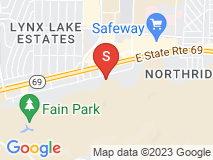 Adventure Auto Glass just left after replacing my 2016 Subaru Outback windshield. They were extremely friendly from the time I called to make the appointment to the day of replacement. They gave me a time frame as to when they would be arriving and called to be more exact the day of the appointment. Imagine that! Instead of just leaving me hanging, I was given the time they would arrive instead of sitting for hours wondering!

Even more important, Dave showed me some concerns in my car that I may not have been aware of. My sunroof drains had been blocked with debris a few months ago and caused a leak in my interior car. I did have it fixed, but my headliner showed signs of mild water damage. He told me how I can clean the headliner to remove that evidence. If I hadn't been aware it would have been nice to have the problem brought to my attention.

I had my windshield replaced previously due to hail damage in Colorado. By far, Adventure Auto Glass went above and beyond to make sure my windshield was properly replaced, safe and looks like the factory installed windshield (unlike to previous windshield I had replaced a few years ago!! I was saddened that it was obvious it had been replaced)

If you care about your car the way I do, you won't be disappointed with Adventure Auto Glass!