Keeping your home or business clean is one of the best ways to ensure your space is presentable and free of dust, germs, and grime. 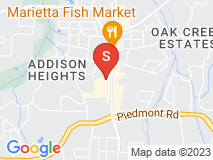 Did not clean what I paid for

This is only the second review I have ever written, but I feel this needs to be said.
I schedule a cleaning for a house I am putting on the market to sell. I called and spoke with someone, not sure her name, and told her what is was I looking for. I explained the entire interior had just been painted to include all the trim and baseboards, told her it is a split level, 4 bdrms, 3 baths, living/dining combo, one kitchen, and a media room. She explained the time spent in the house and the price. I thought the price was good considering what I THOUGHT I was going to get done. I gave her me email address three times during the initial call because they needed to email me a form to complete. I was told they would be there at 8am for 6 hours. When I did not receive the email, I called and gave it to her, I think the same lady, again. The day before the appointment, I get a call saying they will be there around 11am. Still, OK with me. The day of the appointment, I get a call around 8:30am from, I think, the same lady saying they have not received my paperwork. I check me spam box and told her I had not received an email. I gave her my email address again. I check my email around 10am and still have not received an email. I call back and talk with the same lady and gave her my email address again. That is when she realizes a letter is missing. I finally get the form and she has listed to dust the baseboards, had only 3 bath and one level, along with other duties. Not that it is a split level and has a media room. I mark out baseboards and add the items that were missing from her and my first conversation. I stopped by the house to do a few things around 4pm and no one had been there. I called and got a VM, so I left a message. About 15 minutes or so later one lady shows up and said there would be two other people coming soon. When the other two showed up, one started cleaning the kitchen and one started vacuuming. Long story short, after about 5 hrs, 1 person for two hrs and 2 people for one hr, they started packing up to leave and they had not even touched the third bathroom nor the media room. When I asked about the other items, they said they were not told. Then one proceeded to say, the reason they were late was because they had received incorrect cleaning instructions from “corp” regarding the first two appointments. So, I finished cleaning what they did not and I paid full price for something I did not get. It seems there is a HUGE communication problem with “corp”. I have other homes I will be selling soon and WILL NOT be using Bright Touch Maids to clean.
GOOD LUCK WITH YOUR CLEANING IF YOU USE BRIGHT TOUCH MAIDS!!!!