No matter the need, we provide service and repair to any make or model of garage door or opener for both residential and commercial applications. 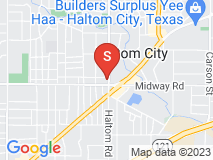 Very Disappointed - Will not use again

Had them come out in October 2018 to fix the gate after we moved in to a new home. They did and my husband asked for a quote on a new install. Unfortunately, in January, a yard flag was placed in fron of the gate by a utilities worker and the gate got stuck in it when trying to open. I removed it and the gate still hitched at that point unless I pushed it slightly. I called Family Christian to see if they could take a look and was told no they could not and that they would only do a full replacement. I was planning on using them for the full replacement eventually, but not now. Seriously, thanks for helping.