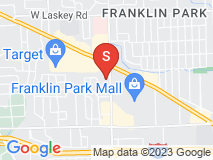 A less than satisfactory review of Toledo, Ohio's only Mac authorized specialist specializing in Mac service and products, Maccafe

In February 2010 I will be celebrating my first year as a Mac user. I switched after one too many negative PC experiences, and have spent a great deal teaching myself how to us the Mac operating system and its various software. Since I'm pretty broke, I purchased an open box unit (like a refurbished product) that was still covered under warranty. It worked great and I was generally able to solve any problem or misunderstanding with the machine by reading discussion boards or watching “how to” videos. This changed when I purchased a camcorder, my first and only firewire device. My computer couldn't read the gadget. I spent three months trying to solve this issue myself... I have somewhat of a problem asking for help because I find I either know more about something than the professional, or the person I am dealing tries to take advantage of the fact that I am a woman. I couldn't find a solution to my problem. My camcorder was said to be perfect for my system, and I had already purchased more than one firewire cord verifying that the cord wasn't the issue. After having an Apple customer service manager blame my camcorder, without considering any other possibility, (specifically that the firewire port could be broken) I decided to take my computer to someone more experienced. I headed over to the MacCafe. There, one of the service people, Kim, told me I could have a tech examine my system for free since I was under warranty. Having shared with her that I was new to Mac, she gave me her card so that I could ask her any questions should I need help with anything Mac related. She was friendly and quickly put me at ease. I took my Mac home to backup my information, then signed it in while joking with another service woman. The next day I received a telephone message from a tech who wanted to verify that I had backed up all my files since he would have to send my computer to Apple to have it repaired. As I had suspected, the port was busted and it would have to be replaced. I called MacCafe the same day, to give them the go ahead, like them, I left a message on their system. Two weeks passed with no word. I celebrated the new year without my system, in addition to my sister's birthday, and was a day away from calling MacCafe to see if my computer was ready for pick up. Just as I was about to go get my cell I noticed a new email message. I was using my mother's PC because I work from home. The message was from a MacCafe tech who claimed that they had been trying to get in touch with me to make sure that my files were backed up so that they could have Apple replace my port. They hadn't sent my computer out. I quickly went and got my phone. I check all my call records discovering that the tech had tried my cellphone just before sending an email. I kept checking, went back to the original call from the day after I dropped my Mac off, but found no additional calls. MacCafe had checked in two times by phone in two weeks, and sent one email. I was very upset. Although I had expected them to be backed up considering it was just after Christmas and the New Year holiday would pass while they were in possession of my computer, I certainly didn't expect them to never have sent my computer, and worst of all, lie about the number of times they'd tried to contact me in order to have my firewire port replaced. I grabbed Kim's card and called. I explained my situation, she calmed me down, then transferred me to the tech. I asked him to get the paperwork ready so I could pick up my Mac that evening. I did this with no problem, however I am writing this review using a Mac that still has a busted firewire port. MacCafe has kind and courteous service people. The atmosphere is nice, but this incident has made me quite weary of using their services a second time, despite the fact that my only other option might be BestBuy, who don't specialize in Macs and may not be authorized to look them over.