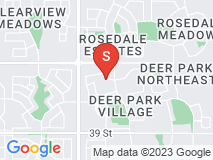 I had a really good first experience with Steam Clean Express! I had my appointment set up, and the guy called me because there was an issue out of his control, so he asked if it was okay for him to show up an hour later than initially scheduled. I said it was totally fine, and sure enough, he showed up exactly when he said he would. He was really polite and did a really good job fairly quickly. He talked to us about spotting on our carpet, which was due to our cats, and how their vomit tends to cause those browning spots. He reassured us that they can easily fix that. They were also affordable, which was nice. They were a good fifty dollars less than other companies I received quotes from, who were also rude along with being more expensive. The guy from Steam Clean was kind, accommodating, and did a very good and thorough job. I will definitely use them again.