Professional brokers with 30+ years combined experience. We focus on servicing our client/carrier relations. Honest & Reliable who understand transport, compliance a 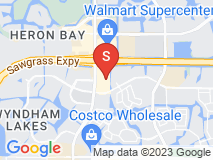 Slow to No Communication

Ship a Car was used to facilitate a boat shipment from NJ to Florida...Quote was $1200 and I accepted to get transport within a 2 day window pickup..My ShipaCar rep Paul Sinclair contacted me and stated he had found a driver, but driver was requesting a additional $50 for pick-up..I agreed to get boat picked up and remain on schedule. Boat was to be picked up on a Monday or Tuesday and was instead scheduled for a Wednesday pick-up around 1pm by driver. Marina owner waited and no one showed or called. Thursday afternoon came and driver was still a no show and I was contacted by Marina owner.. I contacted my Ship a Car rep and was told he would check with driver and contact me. No call ever was made back to me by Ship a Car and I ended up contacting driver myself. He stated he was running late and would be able to pick boat up first thing Friday morning...I informed driver I had paid the extra $50 that rep requested from me for driver to facilitate transport as requested.. Driver stated he did not request any $50 increase for shipment as it was posted as $1000 and he had accepted offer as posted. I contacted Ship a Car as marina owner contacted me stating no one was there Friday morning and had to leave. I received no call back from Ship a Car rep Paul Sinclair as lady answering phone told me he would call as soon as he was off phone with another customer..Driver contacted me around 10:30am saying he was there and waiting to get boat...Marina owner arrived and boat was loaded onto multi car vehicle with boat trailer wheels off transport vehicle ramps and being supported by boards under axles and transported... I never received a returned call from Ship a Car rep as I had questions not only of why I was not informed of any shipment delay but also of driver stating he never asked for the additional $50 amount Paul Sinclair had stated was requested by driver. Needless to say, Never again will I use this company as they pick carrier and leave you to deal with any transport issues and possibly lie to get more money from you by blaming transport drivers for up charges. Since I had to constantly intervene and contact driver myself for answers, I was better off using a self service company so I could have picked my own carrier and skipped the middle man ShipaCar. Once ShipaCar received their $250 deposit I basically was on my own anyways.