Business Description:
At Advanced Window Prodcuts we pride ourselves in superior customer service. We have a team of highly trained professionals that will provide excellent installation
5 268 reviews 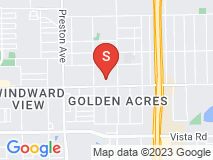 It took a while for the windows to arrive, but I think that was the manufacturer's problem, not AWP. The only thing we had a problem with was the color. It didn't look like the color we had chosen, but my mother was the one who had the final say. By the time she was able to look at the windows, they were all installed. The installer from AWP Advanced Window Products said he would tell the salesman and maybe we could come up with an arrangement. I'm still waiting for the phone call from AWP. Otherwise, the price was more than fair. I had quotes from other companies, one of which was very pushy and wanted us to make the deal on the spot. AWP Advanced Window Products didn't push us whatsoever and waited for us to make our final decision. That's really the reason we chose AWP. We were treated fairly and got a good price. Everything was great except for the small matter of the color and the unavoidable delay in delivery.