One call is all it takes to get it Done! We're available 7 days a week with no extra charges for nights or weekends. All our technicians are professionally-trained. 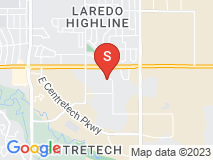 I would not recommend this company. I have never been made to become angry at a plumber but this one checked all the boxes. Charlie showed up knowing exactly what the problem was as I had shared with the company the details regarding the history of our issue so that they would be prepared with techs and equipment as this issue requires reoccurring service - clearing the sewer line. I have lived in this house for 20 + years, so I am well aware. 1st red flag - the company called and changed my Friday appointment from early in the day to later in the day also showing up within that later part of that window at the latest time possible. This served to place me in a desperate position - going into the weekend, etc. 2nd red flag - Charlie refused to park in the driveway in order to unload the equipment to do the task at hand! At that moment I knew he did not intend to provide the service I had asked for. He came up to rambling a mile a minute which included: "I'm not lazy but any plumber on a Friday afternoon would like to collect his money and not end with this because it is not an easy job," (the toilet in the basement has to be removed to access the line and then reset) - this is why I explained to the company the details as it should be two people). Then he want on to try to explain what I really needed "but" he would do what I asked, "but" on and on. I stopped him to explain (when he would allow me to speak) that I have had the camera and quotes and my plans. He then began to badmouth, mind you, he said he is not one to bad mouth a company and yet he did. This is flag #3 - he asked if I was a Christian! Yes was my very cautious answer as that alone makes me suspect, and he continues with bad mouthing the company by relating a story about working with a Muslim that was ripping people off! Whoa! Flag #4 - Then, he explains to me that just because I'm a woman, he will not speak to me (about the plumbing) any differently than if I were a man - and finished that statement off with "at anytime, let me know if I'm talking over your head." Mind you, I had waited all day for this service to be rendered and have patiently listened to this horror. At this point I corrected him on one of his plumbing statements as he started offering a service that the county of Denver does not allow, and then stopped him as he was all over the place calling his manager to find out details about the much more expensive service he was trying to convince me to have done - mind you, not a solution but just a more expensive cleaning out that by the way would not be him doing it but instead two men with a truck and the equipment that were magically able to appear at a moments notice... I then asked Charlie point blank what he intended to do - are you or aren't you going to do option number one on his clipboard that he kept flashing at me - option number two was what he was going for and frankly all he intended to do from the beginning. He stated "no." I then asked him to leave and requested that he not start off his sales pitch with "are you a Christian" ever again as his actions were far from Christian like or any other example of decent behavior from any background/culture where morals of right and wrong are being taught. It was truly his way to justify his inappropriate actions as well phishing to see if we were like minded. The my neighbors witnessed him standing in the street talking loudly about how he is not lazy - his words - never mine. On last red flag that should have been the first but popped into my head some where in the middle of his ramblings - end of day and standing there as clean as a whistle not a stain, smudge, wrinkle to be seen. His hands were cleaner than mine - nails included!
By the way, my neighbor who owns a construction company shared a story that he had used Done! for an electrical issue with his HVAC only to have experienced something similar. Moral of this story, I am done with Done!

Tracy, I am sorry for the experience you had and understand your frustration. Although you had told our customer service rep when you talked with them on Friday that you did not want a call back, we have attempted to contact you by phone every day this week to address your concerns. Our calls have been going to a full voicemail and we’re unable to leave a message. If you’d like talk further, we’d welcome the opportunity. Please call us at 303-343-0032.

We have talked with the technician that was at your home and have taken this situation as a teaching opportunity. You raise some legitimate concerns, and we want to help coach this individual in these areas. He has acknowledged his mistakes and in fact called his supervisor after leaving your home to express his regret in how he dealt with the service appointment. He admitted that he let a hard day on him personally impact his interaction with you which was both unfair and uncalled for.

I will give a little clarity on a few of your concerns, which I’m sure were exasperated given the totality of your experience but would appreciate the opportunity to explain. 1) After the appointment was made at 6:30am for an arrival window of 11am-1pm, we had two drain technicians call in sick (we are encouraging our staff to take time off if they feel at all under the weather). That is why we called at 7:07am to move the appointment to 1pm-3pm. I’m glad that we were able dispatch within that adjusted window. 2) We ask our technicians to not park in driveways because our service vehicles are driven hard all year and we do not want them to drip oil on your property. 3) Our technicians keep spare uniforms in their trucks so if they need to change between jobs they are able to (we don’t want our customer to have dirty service people in their homes, and our employees deserve to be in clean clothes).

I give that clarity to better explain some of our policies that were clearly not well communicated during the appointment. We clearly did not live up to our expectations that we have for our team, and I am sorry that we did not. This technician is a good employee and a great plumber, and we typically get glowing reviews of his work and the service he provides. While some personalities are not as compatible between some people and communication preferences vary greatly, there were clearly lines that were regrettably crossed. Again, we are taking this to our team as a teachable moment so that we can all (this technician and others) grow from it. Again, if you’d like to discuss this further, we are available to do so. 303-343-0032.