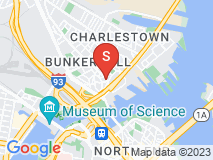 They were late, un-coordinated w their own operation, and gave me an hour less then paid for

I was very excited for them to come. I had paid for a special 3 hour deep cleaning and was led to believe a team would arrive to do this. I took the entire morning off from work for this event. Only one woman showed up.. Over an hour late! Then she told me she had another appointment and could only be there 2 hours. The work was decent.. But what was the point in paying at all if I didn't get what I paid for AND the entire apartment was not even finished being cleaned by the time she left ANd I had taken off work.

I called the company and they were unresponsive.

Worst experience I've had with a cleaning company.
I even emailed the owner.. No response.

There is something to be said for customer service.. And in this case, the complete lack of it.

This client left the following review on our survey

Message
Alama was great!
She was friendly and made my apartment shine.
I will definitely be using this service again. You may have saved the sanity of me and my roommates!
When
Review left on 12/6/2012 3:27 PM