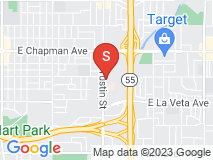 I had a light fixture over my bathroom sink that caught on fire and basically almost exploded. So I called Berk's Electrical and Lighting because they were on Angie's List and I've seen their truck in the neighborhood so I called them and I want to say that within an hour or two, there where--the same day! He fixed the light fixture over the sink and installed a new light fixture and fixed all the wiring. He explained what he was gonna do and how he was gonna do it and it was done in a timely manner, as far as I'm concerned. When I told him Angie's List, he gave me the ten percent discount, no questions asked.

I'm very impressed with how quickly they responded and fixed it and the price was excellent and I would totally recommend them to anyone--I already have! And I wrote them a review on Angie's List too.