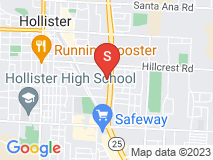 I would recommend Briganti's Automotive Services without thinking twice. They were very supportive and professional with me. I had taken my car to another shop for repair and the mechanic there told me it needed a lot of work and would cost thousands of dollars. I went to Briganti's Automotive for a second opinion. He examined the car and confirmed what the first mechanic had said. So I decided to buy a new car instead of having the repairs done. However, Briganti's Automotive refused to take any money from me for the time he spent on the second opinion. That went beyond professional and really spoke to his character. It would have been well within his right to charge a fee but he showed a lot of understanding by not charging me. I would trust him with my new car if it needs repairing. Going to Briganti's Automotive Services was an outstanding experience!