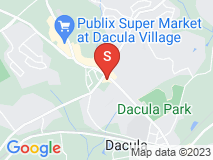 Blown Away By Andy's Professionalism and Honesty!!

I was in the intimidating "Inspection Report" process of selling my home when I contacted Andy at Water Pro. The inspector that had written the report to the buyers documented that there were moisture deposits on the foundation and a possible concern for mold in the crawl space. The note suggested that the seller (me) have a remediation and mold specialist come out to the house to inspect. I contacted 3 different companies - Water Pro being one of them. Out of the various companies I found online, their BBB rating encouraged me to reach out!
When Andy arrived, I discussed with him the report and showed him the space. What could have been an opportunity to sell me on services, Andy chose instead to educate me on what was really going on in the crawl space (which was not as concerning as the inspector made it out to be). Andy's services, professionalism and honesty didn't stop there. When the updated findings were communicated to the buyers, Andy offered and supplied a letter for me to forward to the buyers to make it official what his findings were. On top of that, the buyer contacted him to ask questions. Andy was kind, communicative and helpful to them as well! He went above and beyond a "free quote" call. (By the way, the other companies that came out told me the same information that Andy at Water Pro had, but they still tried to sell me services to appease what they thought the buyer wanted.)
The house is sold, the buyers are happy, and I am thankful for the knowledge and guidance Andy gave me!
I will be sure to refer friends and family to Water Pro in the future! Thank you for your integrity, Andy!!