A Carpet and Upholstery cleaning company with a small environmental footprint that still achieves excellent results. 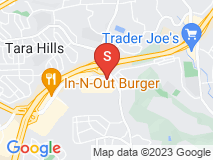 It was a great experience! I'll use them again and tell my friends!!

My experience with Heaven's Best Carpet Cleaning was wonderful--and I would highly recommend them! Rich, the technician, cleaned four rooms and was just so nice. He said he'd be here between 10:30 and 11 a.m., and when he wasn't here at 10:30, I called him. He told me he'd be here at 11, but I had an appointment an hour later at noon. He then said he could do two rooms in the morning and come back later in the afternoon.

I have 11 stairs, and the fact he walked up and down twice in one day with all his equipment was so nice. He came back later in the afternoon like he said, hauling up his equipment all over again. I gave him a nice tip for doing so. The carpets are beautiful and turned out very well, and I will absolutely use them again.