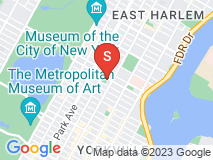 These folks are awesome!

I couldn't recommend Positive Pest Management more highly! They were just terrific, every step of the way. Larry, my technician was prompt, pleasant, professional and polite! He was incredibly thorough and really knew what he was doing.
I had a moth infestation and had used a different company to inspect my apartment and was planning to also hire them for extermination itself. However, as I educated myself, I began to realize that they were treating my infestation as though I had bedbugs and were requiring me to follow a bedbug protocol instead of a protocol for moths. Stressed out of my mind and very short on time, I searched the Internet and found Positive Pest Mgmt. Initially wary of going with a company I had never worked with or heard of before, I began to become more confident as I studied their site and saw how they differentiated among different types of infestations and seemed to really know their stuff. So, I called and left a message. My call was returned within the hour. The woman I spoke to was professional and knowledgeable but said they were booked solid the next week (it was a Friday morning). She then mentioned she did have one fellow who actually liked to work on Sundays, if that was of interest. I replied that I would actually prefer that, so we set something up for Sunday and she explained how to prepare properly. Larry came, as planned, and was just wonderful. He left me with pheromone traps to monitor for any moths returning but I haven't see a single one. My life's back to normal and these guys are awesome! - Amy S., Chelsea, NYC