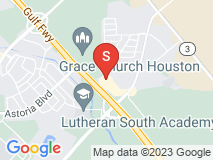 Overall they did what I requested and paid them to do, though they will make sure they get every penny out of you

That being said, the company will make sure they get paid no matter what and I felt like they over charged me for the drive time. My move was scheduled for 12-6pm on a week day (first mistake I learned from). It was my understanding that I was to be charged from the moment they left their headquarters to the time they arrived back at their headquarters. Unfortunately this was not the case because their headquarters is only 30 minutes (that's being generous) but I was charged from the previous job the movers were at which was one hour away (this is after the movers called and told me it would take 30-45 minutes). So the movers arrived at 4:30 and the truck was load by 5:05pm. Granted this is rush hour traffic and I live on 146 (literally the worst road for rush hour traffic in the area), I knew it was going to take longer than usual to drive the 11.4 miles to my new apartment. What I did not expect was for it to take an hour and fifteen minutes for the truck to arrive. It took me (in a car) 30 minutes to arrive and I left at the same time as the truck. When I asked about what took them so long they said they were not able to take Respdorph road because they didn't want the truck to take up two lanes on the traffic circle. This is some what reasonable but I still feel like they were trying to milk the clock. I do not see how it took them so long to arrive, if they were trying to be orderly it would have not taken so long. I called the HQ and talked to Tim and he said it seems like they have stopped and told me they would deduct the time from my Bill (this was not the case). Once I told the mover about what Tim told me he called Tim on the phone and Tim retracted his comments about reducing the bill.

Once the truck arrived I started to help the movers carry the boxes up to my apartment because one of the movers was visibly moving slower than the other. It did not take long for all of my goods to be transferred into my new apartment, I would estimate 40 minutes or so (I moved 50% of the boxes). I must say the movers are not gentle with your goods, if you have a valuable or antique goods I would suggest moving them yourself. On a side note the company did suggest I move my own TV and valuables so I moved over 1/3 of my apartment by myself.

Overall I was charged for 3.75 hours of work. From my calculations this was roughly 1.25 hours (if that) of actual moving and 2 hours of drive time. I feel like I was overcharged for the initial drive and the drive from my old apartment to my new apartment. I paid $475 for a one bedroom apartment to be moved 11.4 miles (actually 7 miles but due to traffic we took the long way).

Like I stated initially the company did what I paid them to do without breaking any of my goods. The movers were kind but not friendly. The manager, Tim, is not very friendly and instantly went back on his word. I would not suggest anyone to use this company without comparing prices with other movers. Overall, at the end of the day I got my goods into my apartment but I did more moving myself than originally planned and even trying to rush the movers I still feel like I overpaid.