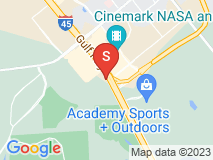 I used Moving By Design a few years ago and they were fine. We had a few scratches and a few bumped walls, it happens, I didn’t complain. I used them again in July 2020. Everything was fine until we got to the new house. They forgot to put the brackets back into the back of a large 2 piece hutch. That night as I was putting the shelves back in the hutch it fell on top of me and knocked me to the floor. I could have been seriously injured or worse. Imagine had it been a child or elderly person. Our security system cameras recorded it and we sent them the video. Tim told us to make a claim and was very apologetic. Two months later after me emailing them about the claim, they told me that they did not remove the brackets at the old house therefore they weren’t responsible. But they DID take the brackets off because my husband and I were standing there while they did it, even offering tools for them to use. So basically they’re calling me a liar. I won’t recommend this business to anyone. I don’t want this to happen to anyone else. Beware.