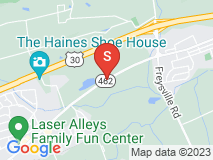 We choose weckers from past family experience and reviews knowing that we were having a “professional” company perform the work. We choose to pay more,significantly more for the “professional” work. Sales person was punctual and friendly when we were at the show room.

Day one of install
Weckers agreed to move ALL appliances.
I moved washer and dryer myself the day before.
Weckers moves refrigerator and plugged it back in...
weckers would not move the glass top stove as they believed it was a liability and did not want to break the glass. The one leg was “bent” the installers kept claiming this is a “setup”. The legs need jacked up to slide stove out to begin with... (our appliances and kitchen was fully remodeled less then two years ago. Approx $24k cost) After much arguing back and forth I decided to move the stove to continue on with the project.
The floor needed raised a total of ~3/4” due to the unleveliness of the floors being this is a older farm house. The plywood in some areas are off 1/2” or more. Cut lines are not straight. My basement door was taken off the hinges and then left leaving against the door frame after day one. ( I have a 2 year old the house!!!) All building materials were left inside the dining room and kitchen along with all tools also another big safety issue with small children.
I did bring up the issue of removing dish washer since the next to impossibility of removing dish washer AFTER a 3/4” floor would be placed in front would be next to impossible. My sales men said they never move dishwashers. No problem I moved the dish washer myself the night of the first day along with the glass top stove. The 1/4 trim around our less then two year old cabinets we would’ve liked to have saved but apparently were to difficult to remove intact yet I was able to remove full trim from the same cabinets without issue.

Day two went a little smoother after several calls to the salesperson.

The 1/4” plywood seemed to be cut a “little” straighter
My basement door was cut although cut atLeast 1/2” shorter then needed and rehung. My bathroom door was left leaning in the bathroom not cut to fit the floor. Another issue arose which weckers installers felt not responsible of. A floor vent in the cabinetry kick box needed cut higher due to the 3/4” being placed in front. After a call to sales rep this was taken care of, although the installers still griped about this claiming we are only floor installers not carpenters. Also mentioned I’m not a electrician but I did move your electric box a measly 1/2” to clear the new floor which you would assume is more then capable and would be included with a floor replacement like ours.

I was talking to the installers about the quality of their work and how displeased I was. Weckers installers responded very poorly with distasteful language including profanity. Again I have a 2 year old daughter. The one installer boasted about his 35 years of experience which clearly has not been shown in my house. The installers both agreed they would not be coming back to finish the job at my house.
Both installers also failed to mention about unplugging my refrigerator which sat unplugged for approx 6 hours. How nice....

In conclusion I believe weckers was out of their league with a install of this scale. The salesmen said and I quote “we have only had a maybe a couple jobs were we had to raise a floor 3/4 of a inch” which we ran into issues we have not before on prior jobs due to this. I was let down with weckers unprofessionalism from the sales rep and installers at this point. I was let down with the laziness and lack of attention to detail from the installers. I believe if the installers would’ve taken less smoke and cell phone breaks, actually cared about the work they were performing the job could’ve easily been done in 2 days.

John, The installers that were at your home have been with our company for over 20 years and have never been nothing but professional and respectful when installing floors for Wecker's Flooring Center in their 20 plus year career with us. This is the first time one of our installation crews has come back to our store refusing to return to a customers home because of how they were treated and talked to by a customer. At this point in time we will not be able to complete your project . We treat all of our customer with respect and hope that customers return the favor. Ninety nine point nine percent of the time that is exactly what happens but not in this case. Our owner will be contacting you directly so there is no confusion regarding this matter.