The Original American Flooring, a locally-owned and operated business has been servicing the Lansing MI area for over 18 years! 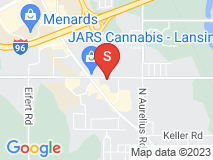 We were in the market for carpeting and we went to American Flooring LLC. It was our first time using American Flooring LLC. The sales staff was just terrific. We purchased the carpet for one room in our house. I moved all the furniture (my choice) except for one piece that was too heavy, but the installers moved that one. On the day of the install, I was called and told they would be late. They arrived three hours later. The carpet was cold and stiff from sitting in the truck, so we had to turn up the heat in the house to warm up the carpeting before they could install it. I'm retired, so I was able to be flexible and everything was eventually installed and looks terrific.