Business Description:
The Original American Flooring, a locally-owned and operated business has been servicing the Lansing MI area for over 18 years!
5 234 reviews 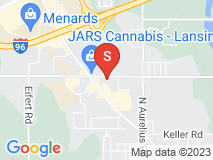 Products were great! Contractors not so great!

Strictly speaking, the service from American Flooring - Holt was great. The installers, not so great. I had some issues with the subcontractors that American Flooring recommended, which is a company they usually use. The contractor did not put in very long hours, which made the job last longer than it could have. They would arrive around ten AM, take a long lunch, and leave around four PM. If they had put in a little bit more effort to get here earlier, the job would have moved along faster. It was a big job, almost the whole first floor of the house. They also blasted rock music, which wasn't exactly to my liking. I had just had the entire interior freshly painted and as soon as the contractors walked through the door, I specifically asked them to be careful of the walls. The lead guy, Steve, was fine, but his three young helpers either weren't as skilled at avoiding damage or just didn't know how to treat a home nicely. I ended up with a lot of marks on the wall and had to call the painters back, which cost me another three hundred dollars. When I called American Flooring - Holt about it, they were reluctant to blame the installers for the marred walls and asked if we had had any grandkids over lately who may have caused the damage. I love the product itself. We got the vinyl planking and now that it's done, it's great. Overall, the products from American Flooring - Holt are great. But I would warn people that the contractors are not so great.