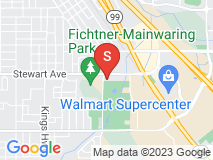 If possible, I would give Completely Floored, Ten Stars on the Five Star scale! They did a phenomenal job. This was the first time I used them. I wanted to replace my carpet in the sunroom with wood flooring that would match my kitchen, to where the two rooms would sort of flow into each other. The gentleman in sales, Ross, was most helpful. He let me take home as many samples as I wanted, and there was no time limit. He was also readily available to answer any questions I had. I compared the samples during the night, and during the daytime when the sun was shining in through the windows. When I was down to the final three samples, and undecided as to whether I should try to match the wood in the kitchen, or instead try to contrast it, Ross was very professional and suggested that I contrast the woods. I was leaning that way myself. That was a good decision, and the new flooring looks great! I was also impressed by the two young installers. They were very efficient, professional, and got along well with each other. They were friendly, respectful, and always eager to answer any questions I had. They were quite pleasant to have in my home. Like I said above, the whole experience was just phenomenal!