Fischer Plumbing adheres to a service philosophy founded on the understanding that people deserve to be treated with utmost respect by those who enter their homes. 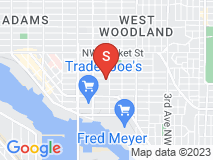 What a bunch of liars

I recently purchased a house, and within a day of moving we noticed the furnace fan wasn't turning off. We specifically asked the previous owners to have the furnace serviced because the filters were filthy during our inspection. We were given copies of an invoice showing that Fischer Heating & Air serviced the furnace and replaced the filters. The service record on the furnace was updated to say the same thing.

So I called Fischer to come out and look at the fan. If it had just been serviced the fan must have been working fine then, right? What the technician told me was shocking, the filters hadn't been replaced! He had done the servicing himself and he said the previous owner asked him not to replace them. I was floored, how unethical is it of a company to invoice for something they didn't do! I think it is very possible that leaving in the dirty filters may have caused the fan to stop turning off, which caused us to call out the technician.

When my bill arrived I called the Fischer office. I wanted to know why the filters hadn't actually been replaced, and why I was being charged for a visit that was due to their negligence. I was even more shocked to find out that they had a different invoice number for that previous servicing. Later on I spoke to a "manager" and they told me the technician was confused about who asked him not to replace the filters, it was another house. But it wasn't, I was there when he correctly identified the previous owner and specifically told me that he requested that the filters not be replaced. Plus my furnace still had the old filters in it! The evidence doesn't lie, but the people at Fischer do, apparently.

I will never let these scammers near my furnace again, I can't trust anything they tell me.